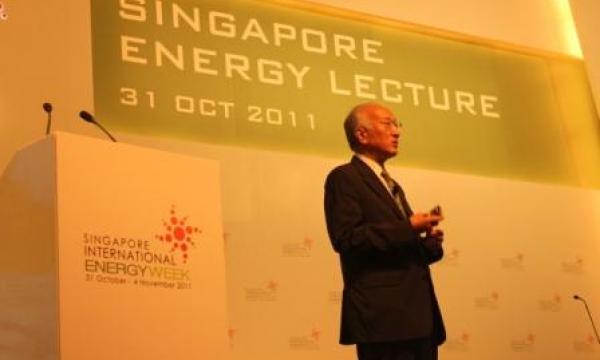 The world aims for 50% reduction in CO2 by 2050 but after the Fukushima disaster, the goal seems difficult to achieve already, said Former IEA director Nobuo Tanaka during the Singapore International Energy Week.

“Japan is in full consideration of halting operation of nuclear power plants. Currenty, there are now just 11 nuclear reactors out of 55 running and no nuclear power plants was allowed to restart since March 11. If these continues expect that by June next year no plants will be running,” he said.

“The devastating Fukushima nuclear accident has further complicated energy markets by raising questions about the future role of nuclear power in meeting the world's energy needs,” he said.

According to Mr. Tanaka, nuclear energy is an important option for countries with limited indigenous resources for low energy sustainability. Currently, 14% of energy consumption comes from nuclear but because more and more states are now considering to abandon nuclear policies, it’s contribution is now seen to slow down to 10%.

“Shifting in renewable energy requires that you have to design it carefully but even in Japan, the system is very weak,” he added.