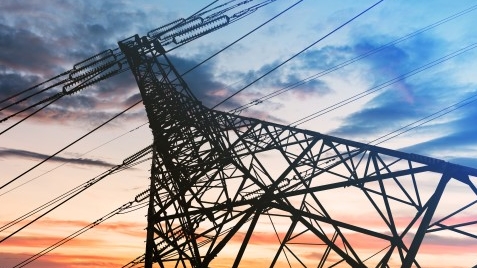 This is despite reports that the market may even be tighter in 2023 if China imports more LNG.

As the world navigates the “first truly energy crisis” brought about by Russia’s invasion of Ukraine, many are left wondering what the future holds for the global energy industry. The International Energy Agency (IEA) expressed a message of hope. IEA Executive Director Fatih Birol argues that this crisis, whilst causing turmoil in the market, is also a catalyst for a long-needed transformation in the energy industry.

So far, the crisis has resulted in volatility in the market and a surge in the average spot price of liquified natural gas (LNG). The market may even be tighter in 2023 if China imports more LNG as its economy rebounds amidst a limited supply of around 20 billion cubic metres, Birol said at the Singapore International Energy Week. But he remained optimistic that other technologies will finally be looked at as the alternate solution to meet global energy needs.

“Many countries pushing the edge technologies are not necessarily driven by climate commitments only. It is for energy security and they would like to take a position in the next chapter of industrial technology,” Birol said, adding that industrial policies are also driving the energy transition.

Globally, renewables capacity is expected to have increased by 20% or by around 400 gigawatts. However, Birol said Southeast Asia is lagging behind as the region only uses about 5% of its solar, bioenergy, and wind potential due to high capital costs.

In terms of power generation, coal-fired power plants accounted for over 40% of the total in 2020, oil generation plunged by 80%, and renewables, led by hydropower, wind and solar composed less than 10% of the overall generation.

India, a country that relies heavily on oil imports up to over 80% of its needs and 55% of gas, is also highly exposed to price volatility, according to Vibhuti Garg, director, South Asia at the Institute for Energy Economics and Energy Analysis (IEEFA).

In India’s power sector, a lot of capacity was stranded due to the high prices of LNG. Additional demand is met with more renewable energy. However, Garg said that the challenge is in deploying alternative resources in a short period of time.

She said this gave rise to discussions in some areas to revive coal plants and increase mining to meet demand. Whilst there is already a pipeline of coal plants that are under construction, there have been no new announcements for coal plants made.

India aims to reach net zero by 2070 and have non-fossil fuel sources account for around 50% of its total installed electric power capacity by 2030. It also committed to reducing the emission intensity of its gross domestic product by 45% by 30%, according to the Ministry of Environment, Forest and Climate Change.

Birol said government response and programmes are crucial in addressing the energy crisis whilst also boosting the energy transition.

One of the notable measures is the Inflation Reduction Act of 2022 of the United States which will disburse around $369b to enhance energy security and reach climate goals. IEA’s Birol said that this will speed up the deployment of onshore and offshore wind, hydrogen, and nuclear power.

He also cited Europe’s RePower EU which aims to ramp up clean energy technologies, and Singapore which has a programme for hydrogen, solar and transportation.

According to the IEA, the objectives of the bill include lowering energy costs and increasing climate investments to cut carbon emissions by 40% by 2030.

Birol added that it is important for Southeast Asia to take concrete steps in power system integration as it will benefit the participating countries. In June, the  Laos-Thailand-Malaysia-Singapore Power Integration Project started operations.

Meanwhile, financing clean energy is the most important challenge in the fight against climate change.

According to the IEA, the region saw around $70b annual investment in energy between 2016 and 2020, around 40% of which went to clean energy technologies, mostly to solar photovoltaics, wind, and grids.

Under the Sustainable Development Scenario anchored on the goal to limit temperature rise to “well below” two degrees Celcius, and energy access and air pollution targets, energy investments in the region could reach $190b by 2030.

Even if some countries like India are looking at increasing coal mining and coming up with new coal plants for energy security, Garg said raising financing for such projects would be difficult unless they are backed by public sector banks.

Garg said a lot of financing is now linked to environmental, social, and governance goals or sustainability-linked financing.

Supply-led disruptions have pushed module prices lately but it has started correcting and will decline anew in the next coming years, she said.

“From the price competitiveness point of view also, renewable energy is the way going forward for India to meet its energy requirements, what really is required is setting up large-scale energy storage solutions, which so far has been limited to India,” Garg said, adding that the Solar Energy Corporation of India and the National Thermal Power Corporation issued tender for 4,000MW for storage.