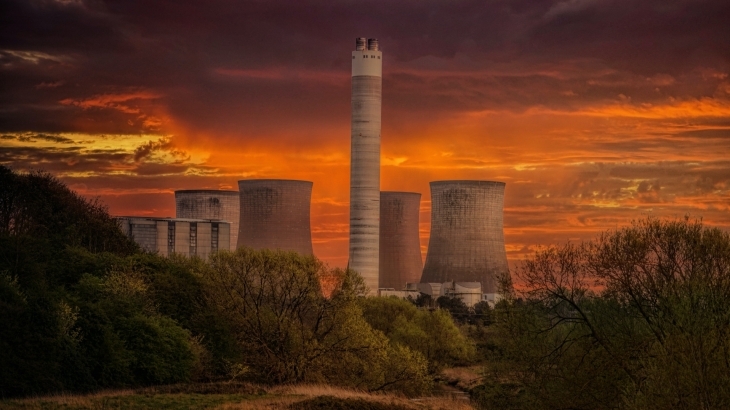 In some parts of Asia, governments have decided to re-trace their steps in phasing out coal to ensure there is enough supply to meet growing energy demand. This may be in favour of coal developers, but is this reversal expected to be for the long run? More importantly, will coal-based power still get funding?

Asian Power asked the opinion of some industry leaders.

Judging from the policies of some countries, resuming coal is a short-term approach. That being said, I hope that coal power plants can have a certain proportion.  Even Japan, which has very strict environmental requirements, still retains certain coal-fired power plants. The utilisation technology of clean coal is now mature, coupled with various carbon capture technologies and storage. Coal-fired power plants based on clean coal should be a long-term approach, or at least have the prospect of doing so.

This issue may be influenced by the stigma associated with coal. For a long time, coal, as the most important fossil fuel, has been considered an important source of carbon dioxide emission. However, in China’s case, due to the development of clean coal utilisation technology, the Chinese government has set up a special refinancing of RMB200b in 2021. In accordance with focused, more operable requirements and market-oriented principles, special support is given to the safe, efficient, green, and intelligent mining of coal, as well as its efficient processing and clean utilisation. Although the Japanese government has stated that it no longer supports coal power generation, the Institute for Energy Economics and Financial Analysis stated in its 2019 report that Japan's public finances for fossil fuels are about US$9b per year, mainly provided to power plant development agencies. According to a report released by Greenpeace in August 2019, from January 2013 to May 2019, Japan's public financial investment in coal power plants was US$16.7b. Another major country in financing fossil fuel power generation projects in Asia is South Korea. I believe that the attitudes and policies of governments, banks, and financial institutions towards coal projects may be affected by overly aggressive environmental policies, coupled with the long-term impact of coal stigma, which is very detrimental to the clean use of coal.

Coal companies have faced enormous difficulties in the past, and the global coal market has shrunk significantly for a period of time. However, the state of convergence of coal companies should not be overly exaggerated. Since 2021, one-tenth of the investment funds in China's coal industry came from overseas, and 48 international banks provided a total of US$21.7b in financing in the form of stocks and bonds. The largest international investors in Chinese coal companies are American investment companies BlackRock and Vanguard, which invested US$2.7b and US$2.2b respectively. Qatar Investment Authority, with US$17m ranked third. These data show that although the coal industry has been attacked by environmental radical public opinion, real-world capital still continues to support its development. I believe that as long as market demand exists objectively, this kind of capital support will not disappear immediately. Now, due to the geopolitical turmoil in the winter of 2022, many countries in the world have to reconsider their attitudes toward coal mining and utilisation. Therefore, I believe that the situation of coal companies in the future will be slightly better.

In my opinion, for coal companies, some directions of technological progress in the future are worthy of high attention. The first is the development of coal-to-hydrogen. Although carbon emissions are a problem in this regard, its market size may be considerable. The other is clean coal technology. This applies to the entire system, from mining to utilisation. Technological progress, production capacity, and price trends in these areas may determine the future prospects of coal companies. Whilst the coal industry is a sector that is strongly subject to public opinion interference, the long-term development trend is still determined by the objective demand of the market.

Recent headlines claim that coal is making a comeback, but this isn’t what the data ultimately shows. In Europe, to wean themselves off Russian fossil fuel imports and to avoid power and heating shortages over the next few winters, several governments announced a last resort, short-term reserve coal measures. However, all coal power plants affected by these temporary measures deployed to date still have pre-2030 closure dates in line with various Paris Climate Agreement-aligned pathways. The current crisis highlights the importance of energy resilience and self-sufficiency, meaning a shift away from fossil fuels.

In terms of new coal projects, outside of China, proposals in the Asia-Pacific region and beyond are continuing to decline despite headlines about the recent energy crisis paving the way for coal’s revival.

The trend is notable as South Asia and Southeast Asia has long been regarded as the next centre for coal power growth after China. The two regions represent nearly two-thirds of the proposed capacity remaining globally outside of China: 37.2 gigawatts (37%) in Southeast Asia and 25.6GW (25%) in South Asia. Proposed capacities represent a fraction of what they did just a few years ago. Tightened financing for coal plants, the decreasing costs for solar and wind power, Just Energy Transition Partnership approaches, and public opposition may close the door on many of the remaining coal proposals in the regions. The international community can support these regions through the provision of public and private clean energy finance; support to develop flexible grid infrastructure; and technical and capacity assistance to bolster regulatory and policy frameworks that accelerate the transition from coal to clean.

China continues to be the glaring exception to the ongoing global decline in coal plant development. Power shortages predating Russia’s invasion have been leveraged by pro-coal interests this year to revisit the country’s energy policy. The government awarded permits to 21GW of new coal in the first half of 2022, the largest half-year increase since 2016, and this boom has not slowed down this fall. The country argues that the continued coal capacity additions do not directly contradict its climate commitments. However, overcapacity in coal-fired power will only make the transition to a lower-carbon grid harder and more costly.

Banks and other financial institutions have been moving away from coal and we don’t see this trend slowing down. The price of renewables has dropped dramatically in the last decade, so the case is now clearer than ever that uneconomical, dirty energy needs to go. Although international public coal financing is essentially dry as a funding tap, support for coal can arrive through a variety of financial pipes as GEM’s report “The Hidden Financial Pipelines Supporting New Coal” outlined. For the era of coal to come to an end, all these pipes must be closed. Financial institutions have the capacity, the power, and the incentive to put the world on course to meet our global climate and public health goals by ending the flow of capital that has sustained the era of coal for too long. Until then, energy planning that promotes new coal plants or props up existing coal plants presents a risk and delays the much-needed transition.

More generally, coal-dependent communities often lie in the shadows of belching smokestacks and in the toxic zones resulting from leaking coal ash ponds, and these sacrifice zones are areas of concern across the world. Power plant constructions and retirements are more than numbers on a carbon balance sheet.

At the same time, we’ve seen that it’s slow and difficult to change the status quo, no matter how uncompelling the economics of coal power is. At its current rate, the transition away from existing and new coal and fossil fuels isn’t happening fast enough to avoid climate chaos. Governments, banks, and other stakeholders still have to be pushed at all times to beat inertia and politics.