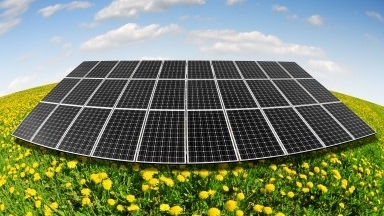 An average of RMB5t worth of funds a year is needed to decarbonise its economy.

China has to secure at least RMB200t of investment to reach its goal of carbon neutrality by 2060, with an average investment of RMB5t a year, according to a report by HSBC, citing the International Energy Agency (IEA).

Of the green investment, two-thirds will go to the power and industrial sectors, whilst in terms of technology areas, electrification, and electricity systems will account for more than half of the investment, it said.

“Massive investment is required in the development and large-scale deployment of frontier technologies,” HSBC said. “The estimated total investment is in the magnitude of hundreds of trillions of dollars. For example, the IEA (2021) estimated US$33trn (RMB211.6t) for new investment from now to 2060.”

HSBC said capital from the private sector will be key in supporting environmental projects.

“Green financing has so far been government-led, and we think Beijing will likely invest more in research and also attract private sector investment. For example, it could introduce a regulatory system to engage institutional investors, provide stronger incentives for green finance, and encourage innovation across a wider range of sectors,” it said.

“The recent power crunch suggests that cutting coal production alone will not be enough to help China achieve carbon neutrality by 2060. Much more needs to be done, and investing in the transformation of the energy and industrial sectors will play an essential role in the greening of the economy,” HSBC said.

It cited the estimates of the IEA that China needs to expand the capacity of its wind power by nine times and solar energy by seven times by 2060, whilst reducing 80% of its coal usage to achieve its target. It added that grid infrastructure and energy storage are also keys to meeting China’s targets.

President Xi Jinping, last month, said that China will stop building new coal power plants projects abroad as it targets to reach net-zero carbon dioxide emission before 2060. He noted that the county plans to peak its emissions before 2030.

HSBC cited the recommendation of the IEA to craft proactive public policies for incentives for private investors to direct capital to clean technologies.

It cited, as an example, carbon pricing either through a form of carbon tax or an emissions trading system, which can help in accelerating green transformation.

As of end-2020, China's green loans at US$1.8t and green bonds outstanding at US$125b, “were the largest and second-largest in the world, respectively, but the efforts are predominantly top-down,” HSBC said.