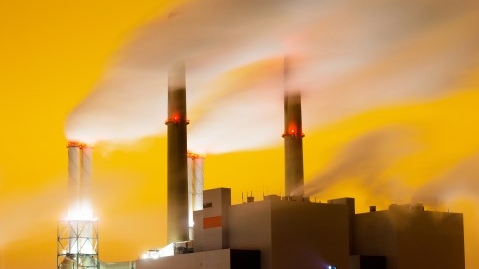 This puts the Paris Agreement carbon target at risk.

Five Asian countries plan to build more than 600 new coal plants with a combined capacity of over 300 GW despite calls from the UN Secretary-General Antonio Guterres for all new coal plants to be cancelled.

These countries, according to a report by Carbon Tracker, make up about 80% of the world’s planned new coal plants.

The report warns that 92% of these planned units will be uneconomic, even under business as usual, and up to $150 billion could be wasted. Consumers and taxpayers will ultimately foot the bill because these countries either subsidise coal power or prop it up with favourable market design, power purchase agreements or other forms of policy support.

“These last bastions of coal power are swimming against the tide, when renewables offer a cheaper solution that supports global climate targets," said Carbon Tracker’s head of power & utilities, Catharina Hillenbrand Von Der Neyen. "Investors should steer clear of new coal projects, many of which are likely to generate negative returns from the outset.”

A study by the International Renewable Energy Agency revealed that 162 GW or 62% of total renewable power generation added last year had lower costs than the cheapest new fossil fuel option.

According to Carbon Tracker, by 2024, new renewables will be cheaper than coal in every major region; by 2026 almost 100% of global coal capacity will be more expensive to run than building and operating new renewables.

Growing competition from renewables, coupled with increased regulation, is likely to drive continued falls in coal plant usage, undermining their profitability. The report also said that coal plant economics are highly sensitive to utilisation and just a 5% annual reduction to the conservative base assumptions in its analysis would see global coal unprofitability almost double to 52% by 2030 and rise to 77% by 2040.

The same five Asian countries also operate nearly three-quarters of the current global coal fleet, with 55% in China and 12% in India. The report warns that around 27% of existing capacity is already unprofitable and another 30% is close to breakeven, generating a nominal profit of no more than $5 per MWh. Worldwide, $220b of operating coal plants are deemed at risk of becoming stranded if the world meets the Paris climate targets.

In April, China said that it plans to reach peak emissions by 2030 and become carbon neutral by 2060. Japan made similar vows when Prime Minister Yoshihide Suga declared carbon neutrality by 2050.