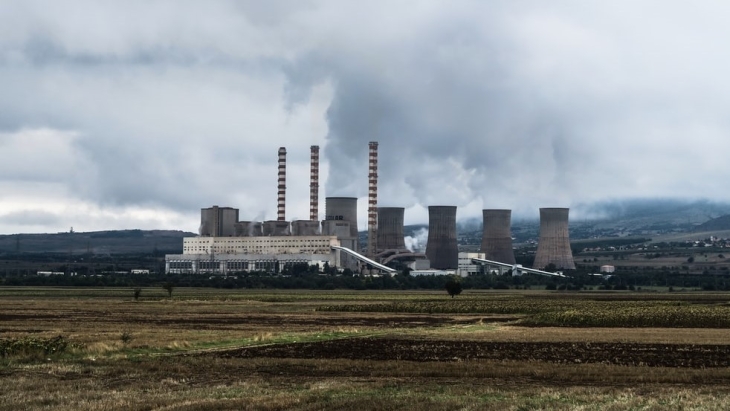 Indonesia and the Philippines are looking into its feasibility as a clean energy alternative.

The nuclear sector is slowly entering the spotlight as several corporations and countries have pledged to reach net-zero emissions by the second half of the century. With issues surrounding climate change and air pollution becoming more apparent, opportunities for the nuclear sector are also increasing.

Despite this feat, daily operations and projects on nuclear energy were affected when the COVID-19 pandemic hit the world, with some countries reaching a standstill beginning the second quarter of 2020. Fitch Solutions Infrastructure and Power & Renewables Analyst Daine Loh noted that supply chain disruptions, financial headwinds, and the interruption of business activity from the pandemic have resulted in significant delays across many projects.

“As markets recover gradually, we expect these projects to be accelerated over the coming quarters and feed into our growth outlook over the next few years. This is also supported by ongoing fiscal stimulus efforts across many governments to use infrastructure growth as a way to stimulate economic recovery from the pandemic,” Loh added.

With the sector starting to recover from the effects of the pandemic, as well as the carbon neutrality pledges of several Asian countries, nuclear has become more visible in the energy market.

The Philippines is one of the countries capitalising on this landmark. The country is looking into the feasibility of nuclear power as an alternative solution to meet its rising power demands in a shift away from coal generation, which has become one of the main reasons for the push for carbon neutrality, as well as its clean energy goals.

Whilst no formal decision has been made on the inclusion of nuclear power in the country’s energy mix, its considerations are becoming positive amidst support of and partnerships with other countries such as South Korea, Taiwan, and Russia. This is despite other climate and security concerns.

A report from Fitch Solutions has shown that nuclear power could offer an effective solution to meet the country’s rising power demands over the coming decade, due to its high capacity factors as a baseload resource. It also expects a surge in the country’s power demand over the coming years amidst strong macroeconomic and demographic growth, as well as the government’s target of achieving a 100% electrification rate by 2020.

With the Philippines also facing increasing environmental opposition due to its heavy reliance on coal-fired power, reintroducing nuclear power will be more acceptable to the public.

However, Institute for Energy Economics and Financial Analysis (IEEFA) Energy Finance Analysts Putra Adhiguna, Elrika Hamdi, and Sam Raynolds note that nuclear power in the Philippines faces many other unaddressed technical and safety risks given the country’s location on the Pacific Ring of Fire and susceptibility to increasingly severe and frequent natural disasters.

“Nuclear projects are also delayed more often than not, and the average construction time for recently completed nuclear reactors around the world was roughly 10 years. Any delays in the Philippines nuclear ambitions risk keeping the country dependent on fossil fuels, rather than accelerating the transition towards cleaner, cheaper renewable energy sources,” they said.

Similarly, Indonesia is also looking into the feasibility of introducing nuclear power as an alternative solution to its rising power demands.

COVID-19 has worsened power demand growth in the country whilst the national power company PT Perusahaan Listrik Negara (PLN) is struggling with excess capacities on its biggest and most profitable grids. Despite this, the Indonesian government and PLN recently announced their actions to attain net-zero emissions by 2060, as well as to include nuclear in the energy mix by 2040.

“Nuclear is considered as a way to replace baseload coal, but both the Ministry of Energy and Mineral Resources (MEMR) and PLN have been pretty realistic in the development of nuclear, as they only included nuclear by the year 2040, and not earlier as some nuclear advocates would have wanted,” the analysts said.

However, they added that in terms of its economics, it is still unclear whether nuclear can compete with the economics of the deflating solar and wind technologies.

A similar IEEFA report co-authored by Adhiguna and Hamdi noted that whilst MEMR and PLN should be commended for their commitments to long-term climate change mitigation targets, their statements do not appear to line up with their current and medium-term energy sector policy initiatives.

“Recent announcements by Indonesia’s state-owned utility company PLN to achieve carbon neutrality by 2060 must be met with caution and [be] scrutinized as the numbers don’t stack up,” the report stated.

Adhiguna also noted in the report that the gaps between the net-zero announcements, as well as MEMR and PLN’s traditional planning process outputs, raise the likelihood that the net-zero plan is still a work in progress.

“Further changes and adjustments should be expected as key stakeholders examine the practical implications of these plans and refinements emerge,” Adhiguna said.

Meanwhile, Hamdi stated in a different IEEFA report that whilst nuclear is promising as a baseload substitute for coal power, it currently has no technical, financial, or market viability in the Indonesian context.

Like the Philippines, Indonesia has also been largely reliant on coal in the past. However, with the Indonesian government and PLN’s carbon neutrality pledges, it will start to reduce coal-fired power plants.

According to Hamdi, Indonesian nuclear power supporters often promise that nuclear power will be an affordable, safe, and sustainable solution for the problem of overreliance on fossil fuel.

“Determining the suitability of nuclear for the Indonesian power market will be a challenging task that will require honest and deep engagement by senior policymakers to ensure there is a high degree of accountability, as Indonesians need to know the real cost of having nuclear in the power system as well as how the government will handle the problem of nuclear waste,” Hamdi said.

She added that PLN’s carbon neutrality pledge demonstrates its realistic expectations on the technical, financial, and market challenges that need to be overcome if nuclear power is to successfully integrate into Indonesia’s future energy mix.

Furthermore, Hamdi explained that until these issues have been acknowledged and fully addressed, the safe path for Indonesia, for now, would be to pause and set realistic goals for its power development strategy, which includes taking advantage of Indonesia’s abundance of renewable energy resources and market viability.

Across the whole region, Fitch Solutions expects robust growth in nuclear capacity over the coming decade, growing from an estimated 116.8 gigawatts (GW) in end-2020 to approximately 164 GW by 2030.

“Nuclear is increasingly propelled as a clean energy alternative, and we’re seeing a broad shift in sentiment and several markets considering the technology lately,” Loh said.

She mentioned that there is also an increased interest in nuclear power across several markets in the region over the last two years, including the Philippines and Indonesia. The former is reconsidering to reintroduce nuclear into its power mix, whilst the latter is starting to see public opinion shift more favourably towards nuclear.

“This could present some upside risks to the market over the longer term,” Loh said.

However, Fitch Solutions remain cautious on both markets due to high capital costs, safety considerations, and long lead times. This sentiment is also similar to the IEEFA analysts' outlook for the sector.

For Adhiguna, Hamdi, and Reynolds, nuclear power is unlikely to become a reality in the Philippines for the foreseeable future due to the enormous costs, delay risks, technology risks associated with first-of-a-kind reactor types, and liability risks that come with potential nuclear accidents.

Similarly, the analysts project that nuclear power is unlikely to come online in Indonesia in the near future. They believe that until new technology is proven to be technically and financially feasible, Indonesia's best bet is to utilize its abundant renewable energy sources that have only been 2.5% utilized.

“After all, the current energy market situation is not in favour to add for another expensive inflexible baseload to the system,” the analysts added.