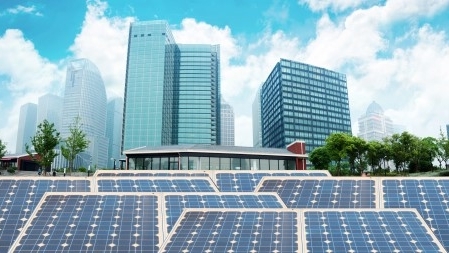 These countries can provide technology for grid upgrades and smart grid equipment.

China and Japan, two financial giants backing Indonesia’s coal sector, can play a critical role in the country’s transition to green energy by providing technology for the transition, the Institute for Energy Economics and Financial Analysis (IEEFA) said in a statement.

“The result is alarming. There will be a 50-60% reserve margin in PLN’s main grids, accompanied by mounting debt and independent power producer lease liabilities for the state utility and a shrinking space for renewable energy to grow,” Hamdi said.

“As Japanese and Chinese investors reap the benefits and returns from these over-investments, it is only logical for them to be part of the solution in supporting Indonesia’s energy transition,” she added.

IEEFA noted that Chinese institutions financed, fully or partially, 41% or 12.9 gigawatts (GW) of the 31.9GW total installed coal-fired capacity in Indonesia, whilst Japanese banks’ financing accounted for 17% or 5.5GW.

Of the 13.8GW in the pipeline, at least 7.3GW were financed by Japan or China, whilst 2GW was backed by South Korea. The remaining 4.5GW are still in the planning stages or under construction.

Indonesian President Joko Widodo emphasised at the United Nations climate change conference COP26 that they will no longer expand coal power aside from those in the construction pipeline.

PLN also issued the 2021 Electricity Business Plan which renewed commitment for emission reduction and pointed out the need for more investment on renewable capacity and grid flexibility.

This plan includes integrating solar technology and the introduction of pumped hydro and battery storage technology. The IEEFA also said that cost-effective renewable and storage technologies and grids sector are “areas for targeted business investment” as a flexible and reliable smart grid will allow higher entry of renewable energy and demand management.

“As Indonesia grapples with the realities of implementing its net-zero pledges in the near future, there must be greater urgency in PLN’s plans to upgrade and prepare its grid systems to benefit from new technology innovations,” says Hamdi.

“Here, the two giants can play a major role. Japan and China have the ability to provide technology for grid upgrades, smart grid equipment, and smart appliances. Combined with their typical concessionary financing, they could also mobilise precisely the type of long-term capital appropriate to funding critical grid infrastructure,” she added.

Energy Analyst Putra Adhiguna said that power demand in Indonesia is seen to rise from 253 terawatt-hours (TWh) in 2021 to 390TWh by 2030, which creates a “meaningful market opportunity for renewable energy capacity.

IEEFA noted that whilst Indonesia is placing emission targets, PLN is already "locked into unneeded baseload dirty power," with most having been built or under construction.

Adhiguna said PLN is “ trapped in a financial straitjacket that leaves few easy options for reforms,” adding many legal and contractual issues prevented PLN from discussing the issue of burden-sharing with investors and lenders.

“There is little reason to believe that PLN can manage this problem alone and related parties will need to be ready to take a meaningful part at the negotiation table,” he said. “Without more determined action to ring-fence risks associated with PLN’s weak financial position, investors may be obligated to consider downside scenarios that could affect Indonesia’s credit standing.