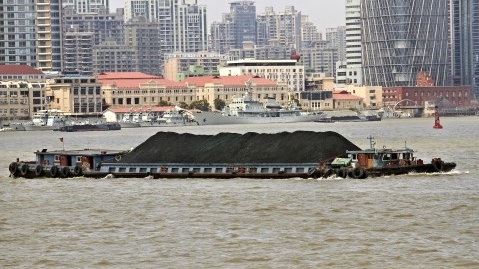 Some 3 Mt of Australian thermal coal are awaiting clearance at Chinese ports.

The Chinese government may allow the entry of Australian thermal coal stockpiled in its ports amidst the power crunch, Wood Mackenzie said as it is seen to hardly impact prices.

Wood Mackenzie noted that between the two, the quantity of Australian thermal coal is not sufficient to affect prices in the domestic market.

“The quantity of stockpiled thermal coal is not sufficient to have a significant impact on prices in China’s domestic market,” Principal analyst Rory Simington said.

“Coking coal’s quantity is more significant to China’s domestic market and could lead to easing in domestic price.”

Zhai noted coal inventory of key generation companies (gencos) declined to 49 Mt by the end of August. This is around 30 Mt lower than last year.

“As gencos suspended traditional restocking in September this year, we expect the gap of inventory in September or early October to widen to 40 Mt or even more year-on-year,” Zhai said.

“The increasing supply will help gencos to increase their inventory gradually. We do not expect the Qinghuangdao (QHD) price to slump as there are no significant change on fundamentals.”

“We estimate that over 50% of this year’s power demand growth will have to come from coal-fired power.”

Coal provides about two-thirds of China’s power and unsurprisingly, the National Development and Reform Commission (NDRC) reported that thermal power generation (mostly coal) grew by 12.6% in the first eight months of 2021.

China’s seaborne thermal coal price marker, the Qinhuangdao 5,500, has increased to RMB1,500/tonne (US$230/tonne) even as the peak summer season ended in September, more than twice the price in the same period last year. As a result, the coal price delivered to power stations is now around US$11/MMBtu (million British thermal units), a price level more commonly associated with expensive LNG imports.