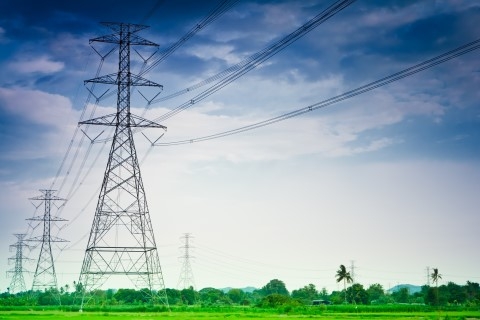 Electricity bills in the country are amongst the highest in SEA at $0.20 per kWh.

The Philippines could see its wholesale power prices slashed by 30% should renewables enter the market plagued by a lack of competition and high financing costs, a report by the Institute for Energy Economics and Financial Analysis (IEEFA) revealed.

The report noted that the feed-in-tariff (FiT) and prioritised dispatch have led to reductions in wholesale electricity spot prices by $0.028 (PHP1.47) per kWh for consumers, which have led to savings or avoided costs of $850m (PHP44.3b) from November 2014 to October 2015.

The Philippine Electricity Market Corporation (PEMC) conducted a study in 2017 on the impact on energy costs of the FiT programme, which concluded that the wholesale electricity spot market (WESM) price would have been $0.096 (PHP5.02) per kWH if there had been no FiT-qualified renewable energy plants in the system. With such plants, the WESM price is $0.068 (PHP3.55).

According to Sara Jane Ahmed, energy finance analyst at IEEFA, the FiT programme costs approximately $490m (PHP25.6b). “This means that the net effect is $360m (PHP18.7b) of savings or avoided costs,” she noted.

Electricity prices in the Philippines are amongst the highest in Southeast Asia and is considered relatively high compared to global standards, at roughly $0.20 per kWh, thanks to heavy reliance on imported fossil fuels and uncompetitive market structures.

“For example, a 167.4MW coal plant was expected to deliver $0.08 (PHP3.96) per kWh based on a 2016 Power Supply Agreement (PSA) price. However, on average, the coal plant delivered $0.038 (PHP2) per kWh above the agreed price, sometimes reaching $0.14 (PHP7.11) per kWh,” Ahmed said. “This variance in price is currently permitted under market rules under the ‘pass through provision’, which allows fluctuations in fuel price and foreign exchange rates to passed onto consumers and industry.

As a result, from May 2018 to May 2019, the unpredictability of coal prices led to consumers paying over an estimated $15m (PHP788.7m) compared to what was originally estimated.

Ahmed also noted that more retail competition may be in the cards for the country soon on the back of legal challenges which have validated the government’s intention to spur competition through transparent bidding. This comes after a challenge by consumer groups in 2017 to the Energy Regulatory Commission (ERC) questioning the transparency and competitiveness of the process used to sign PSAs from July 2015 onward.

In May 2019, the Supreme Court of the Philippines ruled in favour of consumer groups, voiding all PSAs submitted after November 2015, which includes the 3.5GW Meralco coal pipeline backed by large corporate players. Meralco is the owner of the country’s largest distribution franchise in metro Manila and also an independent power producer (IPP) investor.

The ERC’s Competitive Selection Process (CSP) includes a “fixed bid price”, which is inclusive of fuel cost and other variable charges. This means that future PSA prices are fixed, thus the risk of fuel price and foreign exchange fluctuations will be absorbed by project sponsors and investors.

“Not only could changing economics impose losses on investors, they could blight the main Luzon grid with stranded assets that would pre-empt market innovation and burden the economy for decades to come,” Ahmed said. Based on IEEFA’s analysis, the implications for project sponsors and investors unable to manage or hedge variable costs, such as changes in fuel price, unanticipated start-up and shutdown costs, and changes in foreign exchange, can be damaging.

She added that one important reform would be to analyse the risk profile of take-or-pay imported fuel agreements, which represent fixed long-term obligations that should be balanced against the Philippines’ potential to benefit from newer technologies that are just coming to the market.

According to the Department of Energy, there are outstanding commitments of 4.8GW in coal projects slated for commercial operation by end-2019. This leads to a potential for up to $9.5b in stranded asset risk, with a broader risk beyond 2019 of 10,423MW - equivalent to $20.9b. “As things stand now, it appears that the cost of these questionable commercial decisions will be borne by households, industry or investors, including Philippines banks,” Ahmed explained.

“This liability is also expected to grow it the country maintains to import fossil fuels strategy instead of pursuing more affordable renewable energy and storage options,” Ahmed said.