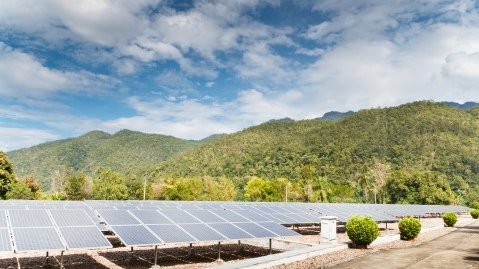 It is expected to be higher than the overall level in Southeast Asia in 2030.

Vietnam’s emissions will likely be higher than the overall level across Southeast Asia even as the government strengthens push towards renewable energy, a report found.

Whilst it has not yet set a net zero target, Vietnam has started looking into reducing emissions by expanding renewable sources and carbon regulations.

“However, with the current set of policies, Vietnam’s 2030 absolute annual emissions, emissions per capita, and emissions intensity for GDP are still expected to increase compared to 2018 levels,” Bain & Co. said in its Perspective on the Green Economy 2021 report.

“All three are expected to be higher than Southeast Asia overall levels.”

At present, the government of Vietnam plans to reduce emissions to 8% (unconditional) by 2030 and increase the total installed renewables capacity to 32% over the same period.

Moreover, the report, conducted with Microsoft and Temasek, noted Vietnam has the potential to be a renewables powerhouse with the right market structures.

It added with its huge renewables potential and urbanised population, Vietnam can invest in its electrical grid infrastructure and develop smart cities whilst also lifting its rural population by digitalizing its agricultural sector.

Vietnam has increased its solar capacity by around 150 times between 2018 and 2020, much of which were from rooftop solar. The report noted that to seize opportunities in solar power, the government regulatory leadership is required to make investments more attractive.

Further, it is also the third emerging markets in offshore wind power with a potential of 475 GW. In light of this, Vietnam should also prioritise upgrading transmission lines to address the fluctuating supply.