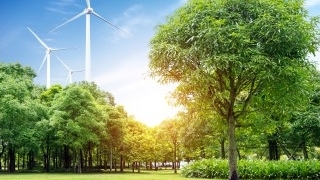 Recent declarations in Indonesia, Malaysia, Vietnam, and the Philippines would suggest an end, or at least a significant slowdown to the development of new coal-fired power plants, according to Wood Mackenzie. These developments have come on the heels of major financial institutions pledging to end coal-related investments.

The rapid decline in the cost of solar and wind power generation, as well as storage options, underline opportunities to shift Southeast Asia’s energy sector onto a cleaner pathway.

In recent years, there has been a marked uptick of solar penetration throughout the region, albeit from a low base with Thailand, Vietnam, and the Philippines emerging as hotspots for growth. Singapore, despite its limited land, has also raised its targets for installed solar capacity.

Southeast Asia accounts for nearly 10% of global upstream emissions, with Indonesia and Malaysia topping the list for the most emissions vented. The region’s gas supply-demand gap is set to widen this decade, but the pipeline of gas developments looks challenged, with high CO2 content being of principal concern.

Gas demand pressures will present opportunities to upstream operators. With a growing commitment to decarbonise operations, upstream operators will increasingly look towards governments with aligned environmental objectives. However, the carbon policy in Southeast Asia remains weak.

Wood Mackenzie’s Upstream Research Analyst Lionel Sumner also points that  “to decarbonise and grow, operators can lead the way with some operational initiatives such as tackling leakage and improved monitoring.

Large-scale change, however, will require government support and involvement by introducing best practices and regulations. “Without such positive changes, the region can expect to see investors seek greener pastures elsewhere and an accelerated decline of Southeast Asia’s upstream industry,” Sumner added.

Besides recovering from the impact of COVID-19, the refining industry faces many strategic challenges this decade including overcoming refinery overcapacity, slower transport fuel demand growth and lowering emissions. Refiners must become more efficient, less carbon-intensive and re-configured to thrive as the world moves away from transport fuels that account for more than 50% of refinery production.

“Given these challenges, the only way forward is to have more competitive sites and achieve strategic differentiation from the rest,” said Wood Mackenzie's Senior Research Analyst Daphne Ho, adding that refiners must seek forward integration into chemicals to both capture value from integration synergies and benefit from base petrochemicals demand growth outpacing that of transport fuels.

Compared to the rest of the world, Asia’s oil demand growth will peak later, in the late 2030s. Southeast Asia in particular, due to the developing nature of its economies, will see oil demand growth extending post-2040.

Ho added that whilst Southeast Asia currently lags in its energy transition uptake compared to its European counterparts, the type of investments pushed forward by governments and private companies in the next few years will determine how this landscape will change.