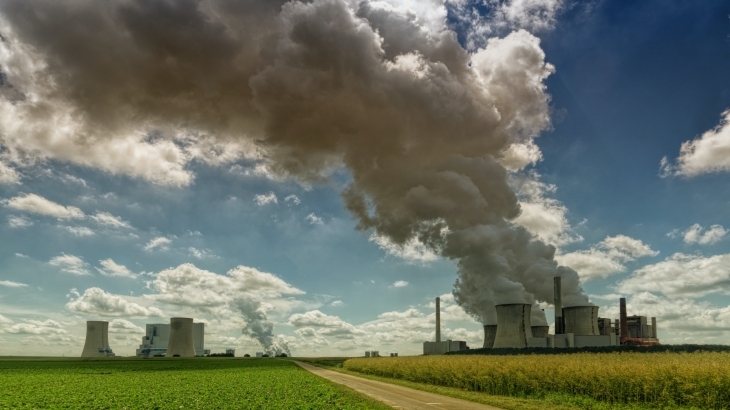 The increase in coal output in some Asian markets may be short-term.

Disruption in gas supply has driven countries in some parts of Asia to pivot to coal, challenging the region’s decarbonisation goals. Despite this, industry players doubt that the return would be long-term.

Asian Power asked the opinion of some industry leaders.

We believe reverting to coal may be a short-term strategy, and depending on how long the conflict lasts, this has the potential to challenge Asia’s decarbonization progress. The time for the region to take a strategic long-term view is now and thoroughly investigating multiple initiatives to address its energy security issues alongside its decarbonization targets would serve the region well.

While it is expected that conventional generation would continue to be the base load and play a pivotal role in the energy mix in the region, the International Energy Agency (IEA) has suggested that Asia's energy security can be boosted by a significant increase in clean energy investment as the present energy crisis continues to impede global natural gas availability.

This is because the pace and success of Asia's energy transformation will depend on how well variable renewable energy generation is integrated into the region's existing power grids.

A long-established energy storage solution, pumped storage could see a mini-renaissance in Southeast Asia over the next few years. With significant hydropower capacity, Asian economies like Vietnam, the Philippines and Thailand offer the potential for pumped hydro storage (PHS) investment and investments are being actively considered. PHS is a safe, effective, long-lasting, and validated energy storage option that supports the switch to renewable energy in becoming an alternative base load option.

Across the region, there is also a growing recognition of combining various clean energy technologies to achieve a more balanced mix of generation on the grid. For example, a growing number of hybrid renewable energy systems have started operations in recent years. These systems typically combine solar photovoltaic (PV) panels and wind turbines to maximize available renewable energy and increase the reliability of the power systems but can also be configured with other renewable, traditional generation and storage solutions.

Stand-alone hybrid energy systems may also be a more viable alternative for power generation and delivery in remote areas, as grid expansion may not always be economically feasible due to factors such as distance, end-user demand, and emissions.

Battery energy storage is frequently implemented with hybrid renewable energy systems to increase the efficiency and dependability of the power supply. This raises the opportunity to optimize the design of hybrid power systems, such as solar-wind-battery hybrid energy systems, to reduce energy production costs.

Moreover, given its long-term potential as a seasonal storage solution as well as a fuel to help reduce emissions for hard-to-abate industries from aviation to the steel industry, hydrogen is a much debated and anticipated long-term clean energy solution being discussed in the region. In Vietnam, for example, The Green Solutions has appointed Black & Veatch to study the production and storage of green hydrogen in the country utilizing solar or wind power supplied through the grid.

With a growing number of financial institutions announcing their decarbonization commitments, coal plant developments are anticipated to face increasing difficulty when securing funding. As an example, earlier this year, Singapore’s DBS became the first bank in Southeast Asia to make a significant set of decarbonization pledges. The bank has set decarbonization goals for seven industries, including the power sector.

At the same time, strategic decarbonization road mapping can help secure financing for power projects by facilitating the evaluation of existing and upcoming technologies and guiding decision-making over five, ten, and twenty-plus-year time horizons.

Coal will continue to be a major fuel used in power generation throughout APAC with no sign of it diminishing within the next 10 years as it continues to play a major part in the energy forecasts of most countries. Moving forward, to secure and accept coal as a fuel, the mature technology used in the power plants needs to combine with decarbonisation initiatives which are becoming more available such as co-firing with biomass and carbon capture. Also, there are newer technologies available in thermal power plant design such as Super Critical (SC) and Ultra Supercritical (USC) steam can lead to overall efficiencies of up to 45% when combined with Carbon Capture and Storage (CCS) this could be of interest to financial institutions for investment.

Looking past the already predicted 10-year window, the biggest threat to long-term Coal investment in APAC is the revival of atomic energy. During 2022 there have already been several shifts in policy by some major economies due to the increased gas prices towards new build next-generation reactors and extending life of current assets. Particularly with the development of small modular reactors which would be similar in capacity to traditional thermal power plants.

Essentially Coal has a fundamentally important role to play in the short to medium term using current proven technology to allow APAC to prepare for the next generation power plant design, whether it be Nuclear or Hydrogen alongside a mix of renewables. For Coal to play an important part in the long-term energy market the adoption of SC or USC along with CCS will be vital to gain the financial backing required.

Coal demand will rebound but will never reach its previous peak, instead falling almost two-thirds from its current level by 2050. As a cheap and reliable source of power, coal has been the preferred technology for electricity generation in many countries. Power generation was thus the primary driver for coal demand, accounting for nearly 63% of coal consumption in 2020. However, the closure of old power stations, particularly in Europe and North America, and the cancellation of several projects in their pre-construction phase, especially in Greater China, are signs of a shift towards wind and solar power generation.

Today’s biggest coal consumer, Greater China, will see a halving of coal use, mainly due to steel production declining by even more (down 65%). In contrast, coal demand for iron and steel in the Indian Subcontinent will double by 2050, resulting in its demand for coal almost equalling Greater China’s by mid-century.

Coal use has flattened in China recently, supported by policies to curb air pollution in manufacturing and power supply. Over the last decade to 2020, only the Indian Subcontinent (45% growth) and Southeast Asia (90%) have shown uninterrupted increases in coal usage. All regions will show a long-term reduction in coal consumption, but not necessarily in the short term. Prior to 2030, coal use in the Indian Subcontinent and Southeast Asia will grow.

In near-term power generation, coal will lose out to gas and renewables in OECD countries but expand in many developing nations. After 2030, stricter emissions policies, increasing competition from renewables, and a ramping up of storage and other sources of flexibility technologies will make renewables more dispatchable and reduce the competitive position of fossil fuels in general and coal in particular. Consequently, capacity additions will gradually fade away, retirements increase, and capacity utilization will decrease. Our analysis confirms the coal death spiral feedback loop: as plant utilization declines, coal power will become more expensive, thus further reducing its competitive position, making coal power less affordable, and thus its use declines yet further. China and India have recently added capacity and more coal-fired power stations are planned along with greater coal use in manufacturing. This inertia will result in Greater China and the Indian Subcontinent continuing to retain their current combined share, 70%, of global coal demand in 2030.

High-priced LNG could make for a short-term coal resurgence, and although renewables are local and support domestic energy security, domestic coal could find favour over imported gas.

The Southeast Asian region is rich in coal and natural gas and has found it difficult to wean itself off dependence on these fuels both for energy and power generation. Additionally, Southeast Asia is the greatest exporter of coal, with 400 Mt of it in 2020, with Northeast Eurasia coming a distant second at 290 Mt. The coal sector intersects with the mining, processing, energy, and steel industries, and is entrenched in the region’s economies. For example, in Indonesia, the most populous country in the region, phasing out coal is extremely unpopular, especially among the resource holders who wield disproportionate influence among the political decision-makers.

Other countries and regions, alarmed at Southeast Asia’s plan for continuous coal use, are hoping to incentivize breaking the coal dependence with generous financing deals for ‘greening’ the energy and power sectors (Bloomberg 2022). But the Ukraine war has put a dampener on this shift away from coal. The supply choke of natural gas from Northeast Eurasia implies that more of the region’s coal is demanded, at least in the short term.

This demand makes it attractive and lucrative to invest in coal, bringing the risk of further entrenchment of coal in the energy system.

The dependence on coal and fossil fuels is apparent in Southeast Asia’s primary energy consumption. As shown in the graph below, 80% of the primary energy consumption is from fossil fuels. It reduces to 51% by 2050, but this is still above the global average projected to be 49% in mid-century. Of the 80% share of fossil fuel in primary energy in 2020, oil’s share is 30%, followed by coal (27%) and natural gas (23%). Coal’s share is forecast to reduce to less than 10% by 2050, and natural gas's share to 17%. More troublingly, oil’s importance reduces only marginally from 30% in 2020 to 25% in 2050; and in absolute terms, oil consumption increases by 40% in that time.

In terms of financing, a number of banks, especially global and international banks have announced that they will cease financing coal and even oil and natural gas. This exit from coal financing is part of the low-carbon transition directives of these banks in recognition of the consequences of climate change.