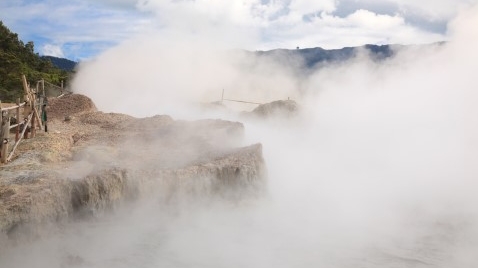 What makes Indonesia a "game-changer" in SEA’s sustainability?

Its geothermal energy potential and forest area are amongst the key factors.

With its size and natural resources, Indonesia could potentially become a “game-changer” in Southeast Asia’s drive towards sustainability.

In its Perspectives on the Green Economy 2021 report, Bain & Co., along with Microsoft and Temasek, said Indonesia has the potential to become a geothermal powerhouse.

“It has the potential to lead the world in geothermal energy production,” the report read in part.

Indonesia could overtake the US and lead geothermal production globally with its 24-gigawatt (GW) reserves, which makes up 40% of the world’s capacity.

Indonesia targets to increase its capacity by 7.2 GW more, which will cost it an estimated $15b worth of investments.

In addition, Indonesia’s 92.1-million-hectare forest area can offset both local and global emissions.

“With clearer government regulations, there is significant potential to scale this market even further.”

The report also identified Indonesia’s renewable energy infrastructure as another key opportunity the government could seize to boost the country’s position in sustainability.

In particular, grid modernization, pricing mechanisms, and other physical and regulatory infrastructures could help in mitigating early exploration costs as well as integrate the myriad sources.

It noted that businesses that take the lead in developments over these areas have a “formidable advantage.”

The Indonesian government has so far set a net-zero target by 2060 and a 29% target emissions reduction by 2030.

It also plans to increase its total installed renewables capacity to 48% by 2030 from 30% in 2020. In May, Indonesia announced it will no longer approve new applications for coal-fired power plants.