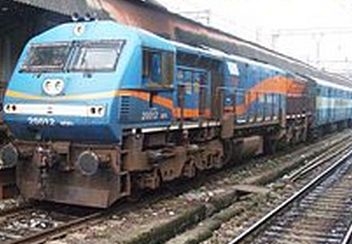 It’s their first use of solar as an alternative energy source.

State-owned Indian Railways, the world's biggest railway system, is planning to use solar power as an alternative source of energy to meet the huge demand for air conditioned coaches in the coming years.

This demand will lead to increased spending on diesel engines to power the coaches and also air-conditioned coaches powered by the sun.

The Integral Coach Factory (ICF) in Chennai is partnering with IIT-Madras to design air-conditioned coaches that use solar energy. The new technology will be integrated in the train coaches designed by ICF.

Running air-conditioned coaches on electricity is challenging since trains cross several climate zones during a single trip, often leading to the failure of air-conditioning systems from insufficient power.

A MoU on this was signed a month ago and initial discussions have taken place to develop a viable model. This is the first time Indian Railways are attempting to harness solar power.

Indian Railways plans to use innovative technology to tap alternative sources of energy to reduce its dependence on fossil fuels and the power grid.