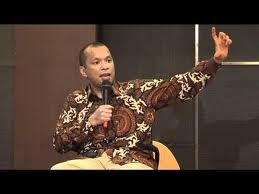 General Electric is gearing up its business in Indonesia's power sector.

In collaboration with Indonesian state power company PLN, the company will launch its first biomass gasification project in the country, which could produce at least 750 kilowatt of electricity.

Handry added that the company had seen a “significant market” in biomass gasification, given that the equipment utilized was far more compact than that used in traditional power plants.

The compactness of the equipment, he added, allowed the easy deployment of the equipment into rural areas, many of which were still receiving a limited electricity supply.

“The energy sector will be the main player of this year and we expect the size of our business in this sector to triple,” said Satriago.

So far, GE-manufactured gas and steam turbines have been installed in various power plants. The equipment has supported the production of more than 8,000 megawatts of electricity, equal to 30 percent of the country’s electricity output, according to recent data from GE.