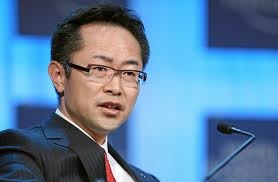 Japan needs to invest at least ¥50 trillion or US$637 billlion in renewable energy by 2030 in order to phase out nuclear power.

This estimate was presented at a meeting to discuss future energy policy that was attended by national policy minister Motohisa Furukawa and other key members of the Cabinet.

The government also estimated that households would see their monthly energy bills, including gas and other sources, nearly double if the phaseout goal is to be reached by 2030, rising to as high as ¥32,243 on average, compared with ¥16,900 in 2010.

Prime Minister Yoshihiko Noda has asked his Cabinet to outline the challenges if Japan decides to go completely nuclear-free.

Furukawa said the government will finish drawing up the new energy plan "by the end of this week or early next week."

The government also pointed out that even if nuclear power is taken off the board, disposing of the spent nuclear fuel stored in Aomori Prefecture and at the nation's nuclear plants will remain a pressing question.

Before the Fukushima disaster, the national policy goal was to reprocess all spent nuclear fuel and reuse the extracted plutonium and uranium as reactor fuel. If the government ends atomic power generation, there would be no point in pursuing fuel recycling.

Aomori has been calling on the government to maintain the fuel-recycling policy. s