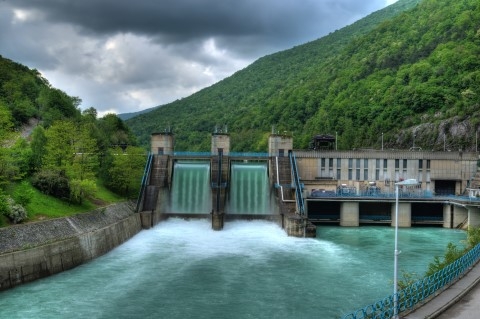 Is small Vietnam ready to go big on its hydropower ambitions?

Data from Global Market Insights states that Asia accounted at over 40% of the total demand in 2015 for global electricity consumption. And from that data, Vietnam's small hydropower (SHP) market is set to gain at over 6.5% CAGR up to 2024.

Vietnam's has numerous assets that are conducive to help it build SHP plants -- to be specific, more than 2,000 streams and rivers that are more than nine kilometers in length.

Based on data from the International Hydropower Association's 2016 Hydropower Status Report, Vietnam commissioned four hydropower stations totalling 1,030 MW in 2015. The report says this affirms the country’s commitment to further hydropower development in the country in order to meet rising demand.

The country's government also approved last December the new Renewable Energy Development Strategy to 2030 with an outlook to 2050, which builds upon the 7th Power Master Plan and gives priority to renewable energies. The strategy plans an increase in hydropower generation from 56 TWh in 2015, to 90 TWh in 2020 (which corresponds to 21,000 MW total installed hydropower capacity), and 96 TWh in 2030.

Meanwhile, the US Energy Information Administration's (EIA) International Energy Outlook 2016 says Vietnam has southeast Asia's most ambitious hydroelectric development plan. The report says the country is thinking of increasing total hydroelectric capacity to 21.6 GW in 2020 and to 27.8 GW by 2030. Meanwhile, according to the International Hydropower Association, meanwhile, Vietnam's targets are 17,400 MW by 2020, 1,800 MW pumped storage by 2020, and 5,700 MW pumped storage by 2030.

The EIA also mentions that many SEA nations have access to the immense hydroelectric potential of the lower Mekong River, which flows through or borders China, Myanmar, Laos, Thailand, Cambodia, and Vietnam. Hydroelectric power potential in the Greater Mekong Region (which includes Mekong tributaries) is estimated to be between 175 GW and 250 GW, the EIA points out.