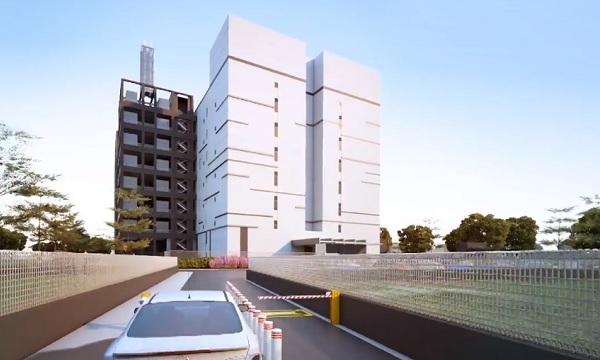 Though data centre operators in Singapore have been less optimistic for solar and wind as their primary energy source by 2025, support from the government and the introduction of 5G will offer opportunities for the renewable energy sector in the city-state.

According to a report from Vertiv, data centre respondents in Singapore projected that about 21% of their data centre power would come from solar and wind by 2025, a stark decline from the projected 34% when they were asked in 2014. On which fuel will continue to power their data centres, 15% believed it will continue to be oil, with 14% saying natural gas. About 13% picked solar energy, and 8% will have hydroelectric power.

Vertiv’s Singapore country manager Hitesh Prajapati viewed this as more of a shift to more realistic expectations, which still remains optimistic though more mindful of the feasibility and economics of solar and wind as regular energy sources.

“For Singapore respondents specifically, the reality check on the limited adoption of solar in the industry and lack of viable wind energy options may have been the main driver that tempered the optimism,” Prajapati said in an interview with Asian Power.

He noted that the quest for commercially viable ways to use renewables for data centres could be challenging, but not impossible, and he expects that more innovations and development around sustainable energy sources within the sector to emerge as data centre companies organise and share best practices.

“At the core of the data centre industry is the quest for power consumption efficiency. From IT to the facility infrastructure, the industry has been consistently researching and investing on innovation and new technologies to achieve this goal,” he said.

5G boost
Despite the tempered expectations, opportunities remain for renewable energy to thrive in data centres. In 2019, the Infocomm Media Development Authority (IMDA) rolled out auctions for 5G spectrum bands. The winners, which have been picked in April, will roll out Standalone (SA) networks from January 2021, provide coverage for at least half of Singapore by end-2022, and scale up to nationwide coverage by end-2025.

Amongst the sectors that will stand to gain once the technology is rolled out will be the power sector. In particular, one of the widely anticipated uses of 5G is its application in a smart grid, an electrical grid equipped with automation, communication and IT systems, which can monitor the flow of power at different points and modulate power generation and distribution to match various loads in real time.

Prajapati believes that once implemented, this will vastly improve the efficiency of power distribution, as well as provide greater transparency to users over their consumption of power. It will especially enable fast communication between smart devices and facilities.

“With this connectivity, manufacturing, transportation, healthcare, government services and other functions can be equipped with smart capabilities, which is a significant step towards the country's goal of becoming a smart nation. Combined with various distributed edge data centres, the 5G network has the potential to enable providers to deliver services up to the last mile without any drop in quality or latency,” Prajapati said.

Government initiatives
Also helping the renewables sector is the implementation of the Carbon Pricing Act (CPA), which pushes to monitor the greenhouse gas emissions of industrial facilities. Those that emit more greenhouse gases than the set threshold are required to pay a carbon tax, whilst those who pursue renewable and energy-efficient practices get tax incentives.

With strong business incentives to waste less energy and implement strategies for energy optimisation, data centre companies are encouraged to invest in energy-saving technologies such as efficient cooling infrastructure or data centre management tools to monitor and manage energy utilisation at different points in their facility.

The majority of Singapore's energy sources come from natural gas, but data centres can still use power purchase agreements and carbon credits whilst taking initiatives to switch to renewable energy sources. Prajapati cited Singtel, which has dedicated a small portion of its energy source from solar panels to power their data centres.

Furthermore, the government expressed plans in 2019 to transform the city’s energy supply over the next 50 years by harnessing the so-called 4 Switches—to natural gas, solar, regional power grids and emerging low-carbon alternatives.

There is also the growing number of data centres getting the Green Mark of approval from the Building and Construction Authority and Infocomm Development Authority of Singapore (BCA-IDA), a rating system that encourages data centres to adopt more energy-efficient designs and systematic operation and management of data centres.

“With the push from the government, there is going to be heightened awareness and a movement towards renewable energy. With the 4 Switches Program, the government and the business sector will continue to collaborate and explore viable options for cleaner and renewable energy sources,” Prajapati said.

Solar power in particular is cited to be Singapore’s most promising renewable energy source. With the country’s tropical weather, the government has made plans to multiple solar deployments more than seven times by 2030.

“As an early adopter, Singapore can be the baseline for innovations in energy storage technologies as it moves towards its energy storage target of 200MW by 2025,” Prajapati added.