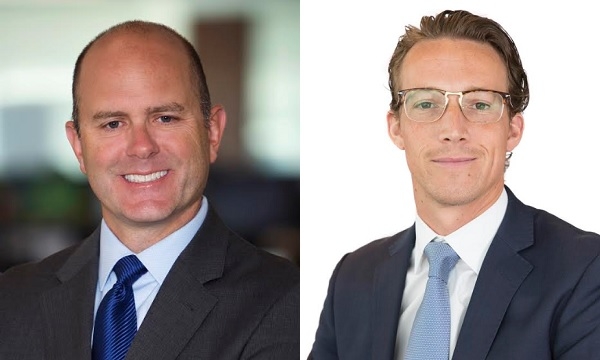 Asia Pacific is tipped to become a powerhouse of renewable energy, with over half of the world’s electricity generation projected to come from the region by 2030, according to forecasts from investment management firm BlackRock.

The region could expect to lead investment activity over the decade, thanks to its rising population, economic growth and a currently small installed capacity, BlackRock’s global head of renewable power David Giordano shared.

Further, the firm’s report on global real assets revealed that the pricing environments in many markets in the region—particularly Malaysia, South Korea, Taiwan and Japan—seem to have contracted risks yet have higher returns as of October 2019.

In an exclusive interview with the Asian Power, BlackRock’s Giordano, as well as head of product strategy for renewable power Freek Spoorenberg, discussed the factors that make Asia Pacific an attractive hub for renewable investment, the challenges in investing in the region’s sector, as well as the specific opportunities in store for Japan and Malaysia.

It was illustrated in the report that the pricing environments in Asian countries lie in the quadrant for higher return and more contracted revenues. What are the profiles of the renewable projects in these markets?
Giordano: Many parts of APAC are in a later stage of renewables adoption compared to Europe and North America and are still incentivising its build-out, providing attractive opportunities for early movers. We are moving where the contracted revenues are, and this includes APAC. Wind and solar in markets such as Taiwan, South Korea and Japan, benefit from 20-year feed-in-tariffs with quality counterparties, often state-owned utilities, whereas the more mature renewables markets in Europe and the US are phasing out government-backed subsidies leading to increased power price exposure.

For international investors, there are some challenges that come with investing in APAC. Originating an attractive pipeline of investible renewables projects is not a straightforward task, and this requires working closely with experienced local developers and having an in-depth understanding of local regulatory frameworks.

Spoorenberg: In a global diversified portfolio of renewables, we believe one-third should be allocated to the growing APAC region, to increase contracted revenues across the portfolio and to achieve higher risk-adjusted returns for our investors. Across our existing renewables client base, comprising more than 150 institutional investors globally, we have seen increased appetite for the region, which is reflective of the strong growth and highly contracted revenues on offer.

How are these countries faring in terms of pricing renewables? What is their advantage compared to these other markets?
Giordano: Asia-Pacific represents the future powerhouse of renewables, with over half of the world’s electricity expected to be generated in the region by 2030. The region can expect to lead investment activity over the coming decade, with the majority of this electricity generation being serviced by new renewables build-out. Feed-in-tariff prices on offer for new renewables build-out remain relatively higher in APAC as compared to Europe, despite seeing reductions in line with declining technology costs. One example Japan’s first offshore wind tariff was announced at $320/MWh, which is substantially higher than the latest UK offshore wind contract-for-difference price which settled at just over £40/MWh.

Today, this growing supply of deal flow in APAC is not being met by the same level of investment demand from domestic institutional investors compared to Europe and North America. Additionally, in Europe, where capital inflows have been met by a slowdown in greenfield activity or changes in policy, overheated pockets have developed, particularly in brownfield assets. In the UK, 343 onshore wind farms were commissioned in 2017, versus only 23 in 2019.

We believe all of this contributes to favourable demand, supply and policy dynamics that support attractive relative value in APAC. That’s not to say attractive opportunities do not remain in Europe and North America however, as the trends of commercial and industrial solar, offshore wind and corporate purchase power agreements are ensuring the investment opportunity remains global.

Amongst Asian countries, Japan has a market opportunity that matches other established power markets. What are the best types of renewable projects in Japan for investment?
Giordano: The Japanese renewable power sector has seen rapid growth since the introduction of its feed-in-tariff regime post-Fukushima. The majority of growth to date and in the future will be driven by solar PV in our view, whilst its offshore wind industry is starting to find its feet through its first planned auction in 2020 and global developers embarking on local partnerships. The offshore wind market is expected to play an important role in further renewables expansion in Japan, since three-quarters of Japan is mountainous, and the remaining flatlands are densely populated.

Spoorenberg: We also see increased demand for clean energy from large Japanese companies, and the country is expected to be one of the world’s leading storage markets with near-term deployment focused on co-located battery storage. With resources on the ground, and one of the largest solar PV portfolios in the country, we expect Japan to continue to be an active market for investment for our Global Renewable Power team.

Malaysia also has a sizable investment opportunity. What's driving its investment potential?
Giordano: Malaysia is targeting 20% clean energy generation by 2030, and projects benefit from receiving a 21-year fixed feed-in-tariff backed by an A-rated utility. Today, over 80% of electricity in Malaysia is generated by a combination of coal and gas. Over the next five years, Malaysia is expected to add approximately 10GW of renewables, representing a $12 billion market opportunity for investment. Furthermore, independent power producers account for approximately 77% of total electricity generated, providing encouragement for private investment. Malaysia is also the third-largest PV cell producer in the world.

Does this have any implications for its ASEAN neighbours or for the whole region?
Giordano: Yes. We expect the opportunity set to further broaden out in the region, as $4 of every $10 spent globally on new renewables capacity will go to Asia-Pacific. This is again not dissimilar to our previous experience in other regions such as Europe that are later in the renewables adoption curve, where we have seen the renewables build-out spread out from the early-adopting core countries such as Germany, France, the UK and the Nordics, to Southern and Eastern Europe.