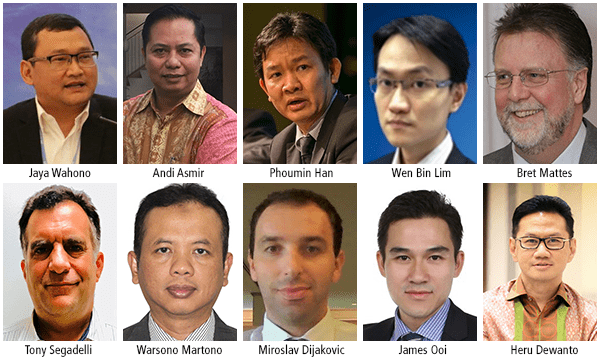 Initial targets have been trimmed as PLN is not yet ready for the infrastructure.

Almost nine million families in Indonesia still lurk in the dark with no access to electricity, despite rapid economic and population growth in the world’s largest archipelago. In fact, the country has already lagged behind its 35GW target of new installations for 2019, pushing back hopes that 4,000 islands will soon be rescued from a widespread electricity crisis.

Perusahaan Listrik Negara (PLN), the country’s primary power distributor, has embarked on several ambitious projects to catch up to changes in technology as well as the country’s growing power demand, but stakeholders and analysts believe that a closer look could be taken. Outside of the PLN universe, independent power producers (IPPs) are also active in finding opportunities to meet halfway and provide services to the country’s underserved power market.

Brett Mattes, director, Numada, said that government’s goal setting has not been based on any strategy. While it is normal to set targets based on assumptions of economic growth and demand growth, Mattes emphasised that there should be an overarching framework for making decisions. According to him, the 8.4% demand growth was actually 4% and only 2% in certain parts of the country.

Heru Dewanto, president and director Cirebon Power, said that electricity demand has grown at an average of 7.1% per year since the 2000s. With some success made in the 35 GW program, Dewanto noted that Indonesia’s ranking in the ease of getting electricity rose from 101st in 2014 to 38th in 2018.

Furthermore, greater efficiency may be expected within Indonesia’s power sector as digitalisation efforts make headlines. Warsono Martono, head, Division of Engineering, PLN, said that PLN is considering the use of predictive analytics to increase connectivity, efficiency, and emission opacity in the grid.

Gas continues to be one of the major players in Indonesia, with natural power gas generation expected to reach 26.7% of the overall mix by 2026 from just 25.6% today. James Ooi, partner, The Lantau Group, said that decision makers should be able to define the spectrum in the role of gas and provide room for flexibility in its application.

“Small scale LNG is particularly relevant here in Indonesia, because of the policy focus and the resource benefit for the development of that. When we talk about the energy challenge here, we are talking about the production of key energy solutions to meet the specific demand that presents itself. From the power perspective, we have ancillary services, reliability challenges, and this is where some of the cutting edge technology coming in, super conducting and extra storage,” he added.

Andi Asmir, vice-president, Government Relations, Energi Nusantara Merah Putih, said that the government and LNG companies in Indonesia have been considering alternative solutions over traditional methods, but a common framework is one of the biggest challenges for new strategies such as integrating the LNG terminal and the powerplant with the power and direct supply to industry.

Indonesia’s power sector could also use a little help from battery storage, which provides benefits by enabling low-emission technologies to increase their shares in the generation mix. For this to be effective, Ooi said that a significant overbuild of low-CF capacity and development of energy storage technologies is needed to allow significant share of energy to come from low CF sources.

Phoumin Han, energy economist, Economic Research Institute for ASEAN and East Asia, said that while LNG could definitely be counted on to bring prices down, coal is still very competitive in terms of power generation. However, the method of financing coal power plants remains a big issue in Indonesia, amidst tighter regulation in the OECD preventing member countries to deploy their projects in the ASEAN region. This leaves the region with China, Japan, and Korea.

ASEAN as a group may have to work on common environmental standards as advanced countries such as Germany, Korea, and Japan, where clean coal technology is mandatory, have higher emission standards. Han added that it is also important to focus on the participation of the community in order for them to understand the risks and demand better technology.

Indonesia is never wanting for renewable energy sources, given its abundant natural resources. But is the national electricity strategy friendly enough for their growth? Miroslav Dijakovic, director, Business Development for Indonesia, Solar Philippines, remains optimistic about the growth of renewable energy in the country, solar particularly.

Dijakovic pointed out that while the development of solar power is very limited at 80MW, there is plenty of opportunity with the Indonesian power sector expected to grow by 250% from 59GW to 200GW by 2040. According to him, Indonesia should install 28GW of small scale PV, up from around 30MW in 2016. At present, interest in commercial PV has increased, but the development continues to lag.

“Until 2031 PV (only) is expected to be the dominant product in the market, due to the high costs of storage. However from 2031, the uptake of PV (with storage) begins to gather pace, as storage prices fall and payback periods contract. Some 1.8GW/4.5GWh of battery storage is projected to be installed behind - the - meter by 2040 representing only 15% of the total flexible capacity in the system,”

Dijakovic added that MBCS globally committed to reduce carbon emissions and add renewable power generation to their facilities are starting to tender projects. Most of them are interested in PPAs or operational leases, but not really interested in becoming owners. Furthermore, they are asking developers to match PLN tariffs.

Tony Segadelli, president, OWL, emphasised the need for hybrid power generation to address Indonesia’s power crisis and ensure that traditional power sources will continue to take a piece of the pie. However, Segadelli said that it is important for the hybrid plant developer to determine the right type and size of all forms of generation for the plant, in order to keep the grid steady.

“Eighteen months ago, the market without the involvement of the central government regulations has managed to allocate the risk correctly and respond to the market situation at the time. The govt has a role to play in terms of encouraging development in the renewables sector. But in areas where the market is surely mature, maybe the government can inhibit,” said Low Kian Min, chief development officer, JERA Energy Development Asia.

Nonetheless, IPPs are bent on working well with PLN, should they wish to survive the country’s challenging power sector. Jaya Wahono, founder and CEO, Clean Power Indonesia, said that as a business, there is no other alternative in Indonesia than to find ways to work out a collaboration with PLN. At present, Clean Power Indonesia is working with PLN in Mentawai to bring alternative sources of power to the community, while reducing PLN’s costs in deploying diesel gensets.

It’s all about the money

An attractive financing framework for the development of infrastructure may also help ease Indonesia’s power woes, and Han said innovative financing for developing nations such as Indonesia includes the flexibility of financing CCT from financing institutions (MDBs) by providing long term loan (at least 20 years) with low interest rate.

Financing risks may also be mitigated through possible blended financing using both commercial (bank institutions) and private financing. At present, financing normally takes up to a year after the PPA signature, one of the reasons why the 35GW due for 2019 will not be completed as planned.

Asmir added that the 35GW is not very good growth. It is important for the sector to be mature enough to receive the capacity, and PLN infrastructure is not yet ready to receive the power. According to him, the government and the private stakeholders should discuss their specific roles, such as the delivery of the transmission business and the importance of expanding industrial areas.

In April, HSBC announced that it would end financing to coal power stations, except for Indonesia, Bangladesh, and Vietnam. The bank said that at present, there is no viable alternative to coal in these three countries and financing would go on for five years should the status quo remain.