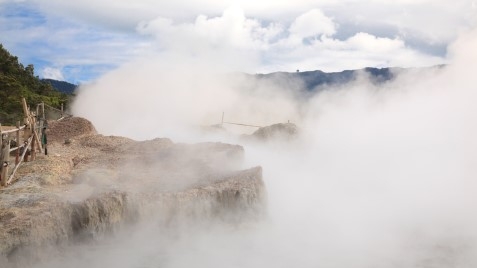 Its annual capacity additions averaged only 500MW annually in the last five years.

The geothermal power sector, whose share in the global power mix remains small, will need a boost from policies that will reduce cost and cushion pre-development risks to drive the industry closer to the net-zero track.

In its Tracking the Clean Energy Progress report, the International Energy Agency (IEA) estimated that geothermal electricity generation grew by only 2% year-on-year to approximately 200 megawatts (MW) in 2020. This is below the 500MW average growth recorded in the last five years.

“This technology is not on track with the Net Zero Emissions by 2050 Scenario, which requires 13% annual increases in generation over 2021-2030, corresponding to average annual capacity expansions of ~3.6 gigawatts (GW),” the report read in part.

Growth in geothermal electricity generation will be driven by Turkey, Indonesia, and Kenya, which are all expected to take the lead in geothermal due to the countries’ abundant resources that remain untapped. In this light, the IEA recommended that policies, which help reduce costs and mitigate pre-development risks, are needed to increase geothermal-based power generation.

Global geothermal capacity, according to Fitch Solutions projection, will grow by 4.5GW over the next decade, increasing at an annual average rate of 2.8% to 18.7GW in 2030. This growth will largely come from the Asian region, particularly Indonesia and Turkey, and Central and Eastern Europe. This comes as the regions are expected to have 1.8-GW and 1.1-GW net capacity additions, respectively.

The contribution of geothermal power in the global power mix has historically, which will likely be sustained despite growing interest in the technology coming from Asia. According to Black & Veatch, the sector could retain its current allocation in the global energy portfolio through investments in oil industry technologies that improve the economics of geothermal. This includes technologies, such as geological sensing, horizontal drilling, and high-intensity fracturing.

New technologies, like enhanced geothermal energy, and closed-loop systems, also have the potential to alter the economics of geothermal energy as it enables the energy resource to be drilled from anywhere in the world.

“In addition, developers will need to adapt many of the emerging technology innovations and project management best practices to improve overall project economics and help geothermal compete with other evolving generation options like nuclear and hydrogen.”

Chaudhary added renewable energy mandates, as well as reports that indicate geothermal energy companies are getting support from investors, could also help the market.

The near-term development of geothermal in Asia, Chaudhary further emphasised, will depend on the policies and programs that governments in the region will put in place as well as the rate that new technology is adopted in the market.

The future of geothermal will also vary on its cost competitiveness, in comparison to other renewable energy sources. In addition, partnering industry leaders experienced with every aspect in the lifecycle of projects from early financing through commercial operation will also be a key to convert promising geothermal potential to commercial facilities serving the grid and customers throughout the region.

He explained that accommodating an increased capacity of intermittent renewable energy, like solar and wind power, needs a new, integrated suite of solutions across generation, energy storage, transmission and distribution to sustain safe, reliable and resilient power that makes our modern economies and communities work. The deployment of gas-fired generation and continued advancements in hydrogen and nuclear are options that could contribute to the more diverse and balanced mix of power generation technologies, he added.

The development of geothermal energy in Asia, however, could be dampened by high development costs that make other renewables, such as solar and wind power, more cost-competitive. The difficulty in securing permitting and other processes in relation to tariffs and the bankability of power purchase agreements, and unattractive incentives packages may also prove to be a challenge.

“Taken even further, like many other renewable energy sources, geothermal generation capacity is often located far from major demand centres. The development would need planning and financing for any effective integration of new geothermal facilities into regional or national power grids,” Chadhaury said.

Global Data Practice Head Pavan Kumar said the geothermal development has a higher stake risk while the payoff only comes long-term. He added that it is more likely that investors will lean towards other renewables without financial incentives like subsidized power rates, competitive feed-in tariffs, or tax incentives.

According to Global Data, geothermal capacity across the globe grew at a compound annual growth rate (CAGR) of 3.15% and at 2.9% in the Asia Pacific region between 2000-2020. “It is expected that global geothermal capacity will increase at 5.3% CAGR and Asia Pacific region will increase at 5.8% CAGR during 2020-2030,” Kumar said.

The case of Indonesia

The Indonesian Government backed the development of geothermal power which helped the growth of the sector’s technology.

The government also provided a $275m Geothermal Fund in 2017 and has also found support from the World Bank, the Green Climate Fund and the Clean Technology Fund through loans of around $278m in 2019 to boost investments for the sector.

“The development of geothermal energy has led to environmental concerns in Indonesia. Majority of the country’s geothermal reserves are in conserved forests, and the development of projects in these areas requires a presidential decree,” it said. “Therefore, it is important for Indonesia to seek ways of developing geothermal power while still protecting its forests and environment.”