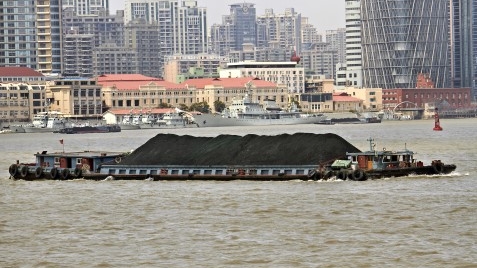 Chinese President Xi Jinping's declaration to stop financing new international coal projects will undoubtedly accelerate Asia's energy transition. However, experts' worries emerge from the financial gap that will arise from this ban that will cancel 40 gigawatts (GW) of coal projects in at least 20 countries.

In an effort to peak carbon dioxide emissions before 2030 and achieve carbon neutrality before 2060, China will stop building new coal-fired power projects and will instead “step up support for other developing countries in developing green and low-carbon energy,” Jinping said in a pre-recorded video address at the United Nations General Assembly, aired in September.

China has financed 53.1GW of foreign coal plants from 2013 to 2020, amounting to $50.1b, which represents 56% of foreign investments in the coal plants during the period, Rystad Energy Analyst Fabian Ronningen said, citing data from Global Coal Public Financing Tracker.

“It can be expected that since China stops financing new coal it can leave an investment gap in the order of $30b to $40b,” he told Asian Power, citing countries financed by China for coal projects, such as Vietnam, Indonesia, Pakistan, the Philippines, and Bangladesh.

Rystad Energy expects 70GW of new coal plants in Asia in the next decade and, assuming China continues financing 56% of foreign investments in new coal power plants, it would account for 39.2GW, he said. This translates to a total investment need of $37b, assuming similar investments per megawatt cost of coal capacity is roughly $945m/GW.

China accounts for almost 53% of capacity under construction and 55% of the pre-construction pipeline but it has posted a 74% reduction of projects in the pipeline or 484GW cancellations since the Paris agreement, according to think tank E3G.

Ronningen mentioned Indonesia, which Rystad Energy estimated to have around 19GW of coal capacity in early planning or under construction stages as of October 2021 until 2030.

“If we assume that all of that will come online, and financed with similar financing ratios as before, that results in a financing gap of $10b in Indonesia’s case alone, which will be difficult to find other financings for,” he added.

Ronningen said it is still unclear yet how the financing ban on coal projects abroad will affect those that are already under construction or the planning phase.

“Probably most of these projects will be completed, due to contractual obligations, but projects in the early planning phase have the risk of being cancelled or finding other financiers, which may be difficult,” he said.

Countries that are reliant on China for coal financing have to review their energy plans and ramp up alternative energy solutions, including renewables.

“To accommodate more renewable energy generation, the region will need more integrated solutions across generation, transmission and distribution; as well as the expansion of gas-fired generation and energy storage, to improve grid efficiencies and stability,” Chaudhary and Hanji said.

“In the longer term, integrating hydrogen to support baseload generation could be another approach to decarbonise the electric sector,” they added.

Ronningen said cutting financing may not impact China’s emissions and emission targets directly, “but it sends a clear message that future coal power will be difficult to finance.”

“Focusing on reducing the dependence on coal is definitely a step in the right direction, but how fast emissions can drop after the peak depends on how effective China is in cutting coal out of its power generation mix,” he added.

Chaudhary and Hanji said that China is leading in renewable energy installation despite its dependence on coal generation, installing 72GW of new capacity for wind energy deployments in 2020 only, citing data from the International Renewable Energy Agency.

China also has the largest installed solar power capacity at 253GW by end-2020, whilst the European Union only has about 151GW, according to International Energy Agency data.

“However, too much intermittent renewable energy by itself can threaten reliable grid operations and performance,” Chaudhary and Hanji said. “Given China’s continued growth in electricity needs, coal appears to remain a near-term option domestically to balance the grid; lessons from the recent grid challenges across China bear this out.”

They also said that China will benefit from more “integrated solutions across generation, transmission and distribution” to manage energy transition whilst providing stable power, adding that they expect gas-fired generation, energy storage, hydrogen, and nuclear to increase the share of deployment.

Coal accounted for 56.8% of the total energy consumption in China by the end of 2020, according to the National Bureau of Statistics of China. China currently has a 1,080-GW capacity of coal-fired power generation capacity in 2020, according to a report by the non-government organisation, Greenpeace.

The drive toward carbon neutrality is also in China’s 14th Five-Year Plan (2021-2025). It targets energy consumption per unit gross domestic product (GDP) to decline 13.5% from the 2020 level and reduce carbon dioxide emissions per unit of GDP by 18%.