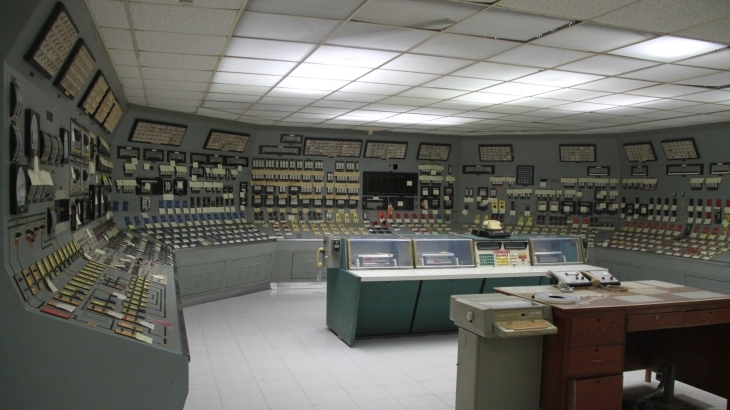 As of 2023, there are 422 operable nuclear power reactors in the world, but none from SEA.

After the nuclear disasters at Chernobyl in Russia and Fukushima Daiichi in Japan, nuclear power has had a negative lasting impact on public perception. Whilst some regions have been able to revive the use of nuclear energy, Southeast Asia has yet to see its first operational nuclear power plant (NPP).

“The case for Southeast Asia nations, amongst the challenges, is addressing misperceptions and misrepresentations to strengthen the public acceptance and social license for the reliable, safe, low-carbon energy source,” Beni Suryadi, Manager, Policy Research and Analytics, ASEAN Centre for Energy, told Asian Power.

“There are technical answers to outstanding issues like nuclear waste disposal, but it has taken very difficult traction in the public due to continuous misinformation coming from Hollywood movies and extreme non-government organisations,” Carlo Arcilla, Director of the Philippine Nuclear Research Institute (PNRI) said.

The Philippines is amongst the countries in Southeast Asia with a significantly advanced nuclear power development plan. It is currently exploring plans to revive the mothballed Bataan Nuclear Power Plant, which has two units of 600 Megawatts electric (MWe). It is also considering the development of small modular reactors (SMR).

Aside from the Philippines, countries like Indonesia, Vietnam, and Thailand have also explored the energy source. According to the World Nuclear Association, Indonesia eyes larger units, but plans have so far been postponed and are projected to be deployed in 2045. Vietnam and Thailand’s plans meanwhile are either delayed or pending commitment.

Other Southeast Asian countries have also expressed interest or started exploring plans to develop nuclear, but to date, nuclear power remains on the drawing board.

“A glimpse of hope to witness nuclear deployment in ASEAN has come to light as all ASEAN countries have set energy-climate commitments that require ASEAN to be carbon neutral by 2050-2060,” Suryadi said.

“Consequently, as the region that still has a heavy reliance on coal, ASEAN nations will see pathways to carbon neutrality in the next decade by slowly phasing out coal and replacing it with renewable and alternative energy, one of which is nuclear energy.”

Nuclear power can be seen as a cost-effective alternative to coal due to its technical similarity with coal-fired power plants. Likewise, NPPs have the ability to maintain the generating capacity and ensure continued baseload capacities to meet the growing demands whilst switching to low-carbon electricity, Suryadi said.

Arcilla also noted that the initial high cost of developing nuclear plants has been mitigated by South Korea’s construction of four brand new, large NPPs in UAE, and China's construction of three NPPs in Pakistan.

To help debunk misperceptions about nuclear power, Arcilla suggests improving transparency which governments can now execute through social media campaigns, through which they could highlight decades-old advantages of nuclear.

ASEAN leaders also need to engage the public and stakeholders, such as policy decision-makers, and civil society. They must be able to address concerns relating to nuclear power safety and radioactive waste. On top of this, the nuclear industry, ASEAN governments, and financial institutions need to come together to bring the capital costs of building NPPs lower whilst also shortening construction time.

“On the government level, awareness of the benefits of nuclear energy is still unequal, as well as the safety concerns often raised when dealing with all kinds of nuclear use,” Suryadi said.

“Even with significant research having been done, facts are not being disseminated effectively to make nuclear a viable choice for future capacity planning yet.”

On the other hand, whilst public support varies across countries, sentiments are generally positive when nuclear deployment is linked to climate change prevention. There could be a stronger and more widespread positive perception of nuclear deployment if its promotion is backed by governments’ transparency.

“Communicating nuclear safety in risk-communication, myth-busting, and discussion on nuclear benefits is necessary to build public trust in nuclear technology. The public must also be assured that the building of future nuclear infrastructure would be done in an environmentally and sociologically conscious manner,” Suryadi said.

Kung Chan, founder of independent think tank ANBOUND, likewise raised the need to include the public in the decision-making process and not solely operate based on just a business model.

Beyond just assuring the public, governments can also consider several factors to ensure it is safe, such as its geographic location. Plants need to be constructed in areas that are not prone to earthquakes, tsunami, and volcanic activity–all common occurrences in Southeast Asia which sits right in the Pacific ring of fire. NPPs need to be placed in a remote location to keep a distance between nuclear waste and radiation, and the public.

“We can only look at nuclear energy safety with the lower-than-average natural risk factors as a level comparison. That is, if nuclear energy is less likely to be unsafe, then such energy can be considered relatively safe,” Chan said.

“In addition, the safety of nuclear energy is also closely related to the related technology. With this in mind, the renewal, replacement, and upgrade of nuclear technology are actually key measures to ensure nuclear safety, especially long-term safety. When economic conditions permit, the safest technical solutions should be adopted, and the technical equipment with better reliability should be continuously upgraded.”

ASEAN’s Suryadi added that research reactors could also be critical in NPPs as countries have varying ecological, cultural, and economic environments of each country. Further, he said safety, security, and safeguard standards should also be established as a guide, in addition to looking at the best practices by International Organisations in regulating.

In pursuit of improving the deployment of nuclear, energy markets have started looking at newer technologies, such as SMRs. These are nuclear reactors that have a power capacity of up to 300 MWe per unit.

PNRI Director Arcilla noted SMRs could be useful in archipelagic countries, such as Indonesia and the Philippines, where it costs more to power islands that are not connected to the grid.

“Since the nuclear vessel (reactor core, steam generators, pumps) are inside one structure and manufactured in the plant, this simplifies safety and inspection issues that have plagued the notoriously expensive large nuclear plants currently under construction,” he said.

Citing data from the International Atomic Energy Agency, he noted that there are almost 100 SMR designs, but only two have either been built or are currently being developed. Amongst the selling points of SMRs are the passive nuclear shutdown features, which means its unit will not require external power or human personnel to undertake shutdown in an emergency.

This feature addresses concerns about meltdown risks that some NPPs have experienced previously. More advanced reactors, such as high-temperature gas-cooled reactors (HTGR) and molten salt reactor also has meltdown-free features in their designs. To date, only China has so far built and connected an HTGR to the grid.

“If this is done successfully, it could be a true game changer because the tens of thousands of about-to-be-decommissioned coal-fired power plants will have a new lease on life and contribute greatly to mitigating climate change,” he said.